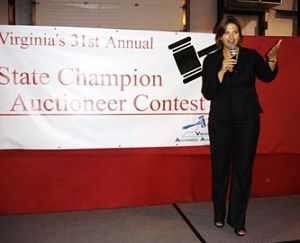 It’s been three years since I last competed in the Virginia Auctioneers Association (VAA) State Champion Auctioneer contest. In 2009 I took 3rd place (2nd runner-up, as they say).

You can see photos from that event here.

Since then, I’d not entered the contest.

In part, I’ve been busy growing my business.

But another reason was that I hated the heat. The facility — though very nice and the owner always arranged for this awesome BBQ — wasn’t air conditioned. There I’d be, in a light wool suit with string-y hair from my sweat and the makeup melting off my face.

The men were uncomfortably warm, too. But they have short hair and no makeup.

So even though I liked the competition, I had that memory rolling around in my head. It wasn’t something I was eager to repeat.

But two weeks ago I was in Spokane, WA competing in the 2012 International Auctioneers Championship (IAC) contest sponsored by the National Auctioneer’s Association. (I made it into the finals in that competition, too.)

While there, I struck up a conversation with the current reigning Virginia champion, Taylor Linkous. He asked if I’d be competing in the Virginia contest.

“I’m a bit of a sissy with that heat. I really hate wearing a suit in it,” I said.

“Oh Sherry, that’s no excuse,” he said, “They moved the contest. It’s in air conditioning.”

Well, shucks. He was right.

So I drove south to Richmond this past Saturday — the normally two-hour drive took FOUR hours, thanks to traffic — to compete in the 35th annual Virginia Auctioneer Championship contest.

And I won 1st runner up!

I’m excited about this for a few reasons.

Anyway, I was pleased with my performance so I can’t beat myself up over anything I did or didn’t do.

And I want to congratulate all of the finalists, whom I’ve listed below.

The line-up is from right to left, so Brian is on the right, and H.L. is on the left.

Thanks for encouraging me to enter, Taylor.

And to all 14 contestants, I applaud your courage for stepping up and competing. It can be nerve wracking when you’re being judged by others in your industry. Way to play!

Salmon or pork turd: Which would you eat?
School benefit auction catalog need some bling? Try a ring. 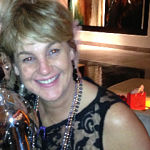 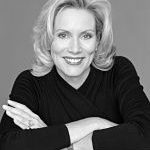